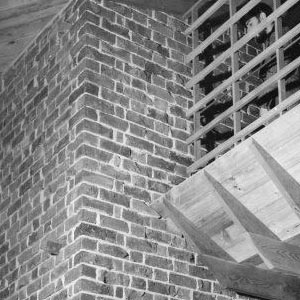 Bruce Rotherham (1926–2004) spent his formative years working at his father's commercial printing business where he came to appreciate letterforms.

While at University Rotherham co-founded the Architectural Group. Rotherham took responsibility for the design and print production of their manifesto On the Necessity for Architecture, and the group's magazine Planning, which only had one famous issue, Planning
1. The Group also distributed numerous event invitations, Christmas cards and other printed material all produced at night at Rotherham's father's studio.

In 1958, after ten years of development, Rotherham approached Monotype with a version of his Wedge typeface. After several trial paragraphs Rotherham wrote of Monotype's reccomendation: "I was advised to put the work aside, when the design issues could be seen afresh.”

Rotherham practiced architecture in New Zealand and then in Great Britain for over thirty years before, by chance, he heard a BBC radio show ‘Science Now‘ discussing the topic of computer type setting. Realising that Wedge was still a relevant project he contacted the item producer Adrian Pickering at the University of Southampton’s School of Electronics and Computer Science. Pickering was interested and excited by the prospect of a collaboration and worked closely with Rotherham in the production of digital version of the face. 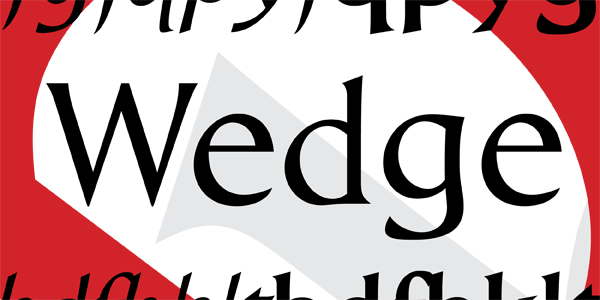 Wedge
Family of 3 fonts from IHOF